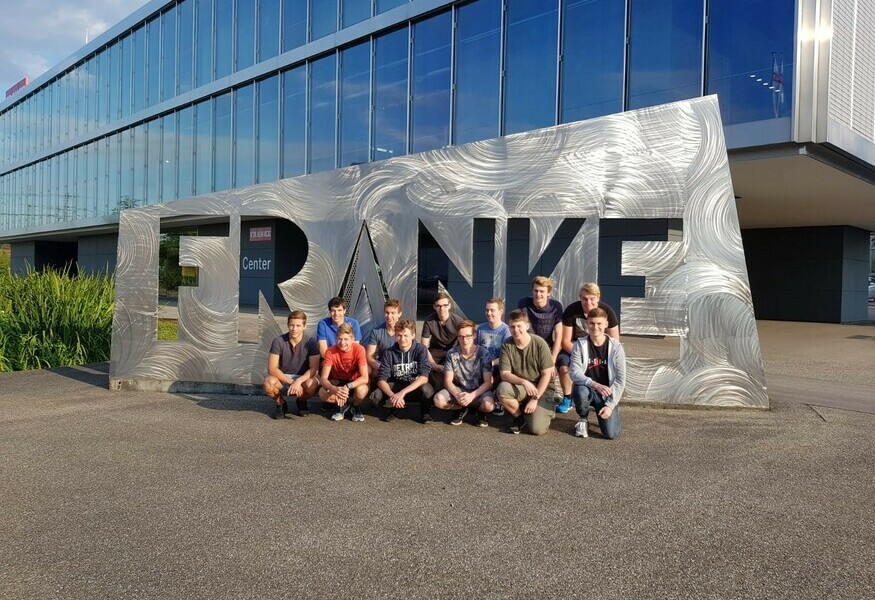 On Friday, 17.08.2018 it was time again for the annual apprentice trip of Reiden Technik AG. As always, a group from the 4th year of apprenticeship organized and led this excursion. There were no rules for the planning this year either with the only exception that the morning should be educational. The rest of the day could then be used for fun.

All apprentices and the apprentice trainers met at eight in front of Reiden Technik AG at the main building. The first stop was Aarburg. There we visited the company Franke Coffee. We learned a lot of interesting things about high-tech coffee machines. The group was shown around in two departments, the assembly department and the apprentice building.  After this informative and learning visit, it was soon lunch time. After saying goodbye, the group continued towards Aarau to the Spaghetti Factory. Arriving there a bit too early, the whole group still had about 30 minutes to spend in the city of Aarau. Afterwards they enjoyed the lunch, which left nothing to be desired, from typical American to typical Italian.

With a full stomach we went on to Zurich, where we were already expected in the Lasergamezone. After the instruction of the game "Lasertag" two groups were formed. There was a hard fight for the victory. Fortunately, everyone was equipped with sports clothes, because this game was more exhausting than expected. Somewhat tired and exhausted, we started our journey home after about two hours of playing. Because of the evening rush hour traffic, this took a little longer than desired. In the end, we arrived home happy and satisfied. 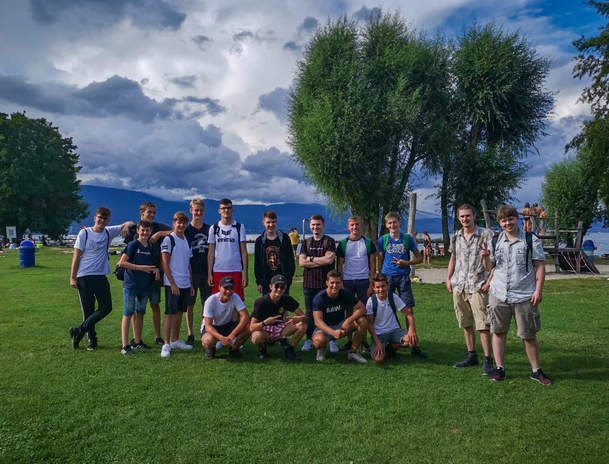